The six residents from Dorking who boarded the Mayflower in 1620 included a shoemaker William Mullins, his family and residents from the town. Priscilla Mullins was the only Mullins family member to survive the first winter, she married John Alden set up home in Duxbury and is well regarded by the Americans as the mother of America. Descendants include former Presidents, Hollywood stars and those present family members who belong to a unique genealogical society.

The property belonging to the Mullins family before they set sail is sited in West Street it has now been converted to shops and luxury apartments. The Mullins cafe run by Basil and his wife Sue is well worth a trip as it not only offers delicious cakes and snacks but also has a fantastic Mayflower display. Next door is a new to open Artistic Tattoo Parlour. Nearest to the Museum entrance is the Mayflower Spa offering a full range of beauty and holistic treatments. 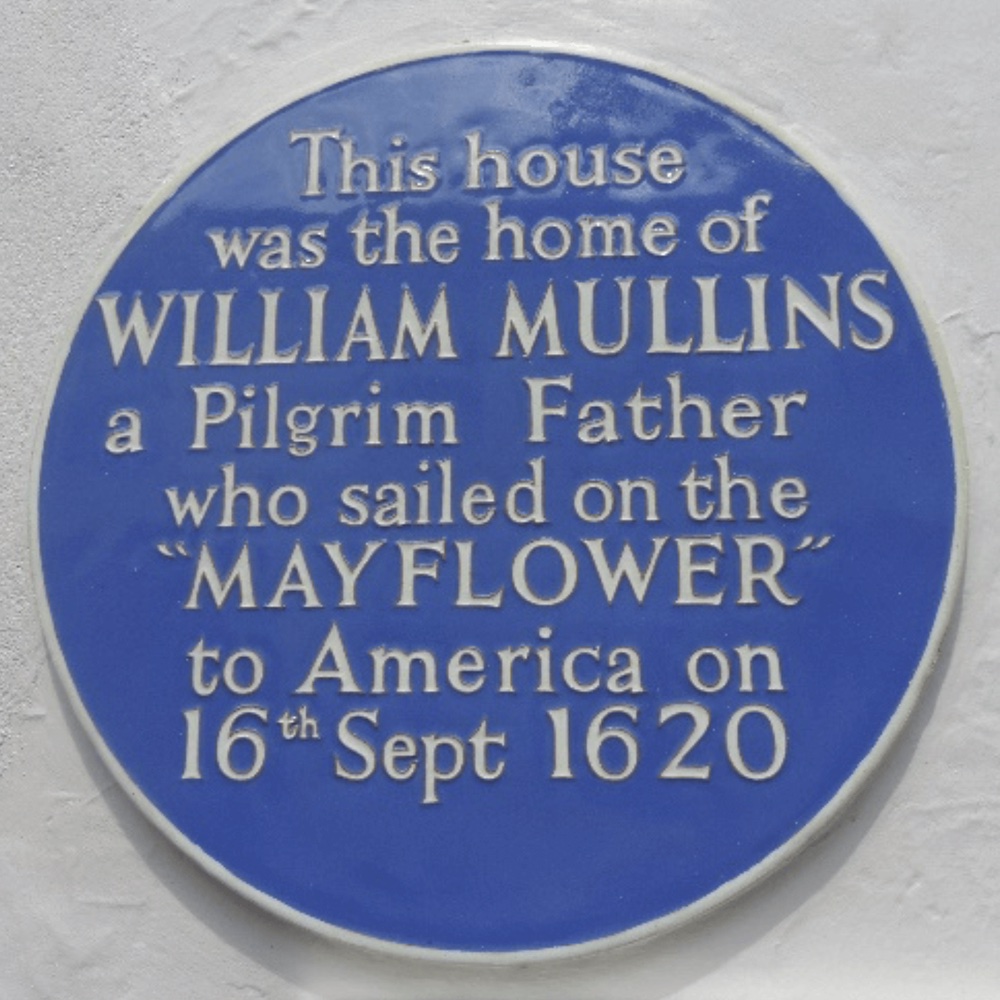 Can you find the 7 Mayflower models hidden around Dorking?

Join in the fun on this historic treasure trail.

Follow the map, find the clues, solve the puzzle and claim your prize!

Prizes are available from 24th October and throughout November.

Pick up a map from Mullins coffeeshop or find out more and print a map here. The Gin Kitchen has produced a Mayflower inspired gin to memorialise the perilous voyage undertaken to freedom in the new world.

Read about the inspiration behind "Saints and Strangers".

Saints and Strangers is available to purchase from Wine Unlimited at The Vineyard either by telephone, mail order, or by popping into his shop on South Street. At £45, this fabulous gin will sell fast.

View the film we will be showing in Duxbury, MA for the Mayflower 400 celebrations

Built in about 1590, the Mullins House is a handsome jettied building that stands proudly in the middle of Dorking’s West Street, not far from Pump Corner. It is the only home of a ‘Pilgrim Father’ that is known to have survived into the 21st century. Learn more about Mullins Coffee Shop, and the Mayflower Spa which are part of the existing building.

The life of its owner, William Mullins, a shoemaker, is celebrated by a blue plaque on the front of the building. William Mullins was just one of six Dorking residents to travel to the New World on the Mayflower; at least three more later joined them in the colony.

A businessman like William Mullins may have been responding to both positive and negative economic pressures when he decided to try his luck in the thriving colony of Virginia. At 50 years old, William was one of the financiers of the 1620 Mayflower journey and along with his wife Alice, and two children, seven-year-old Joseph and his teenage sister, Priscilla, were amongst those who joined the ship in Rotherhithe in July 1620.

When the Mayflower arrived in Southampton, the party rendezvoused with the rest of the party there – to include Captain Miles Standish and a young cooper named John Alden, who would maintain and repair the colony’s casks and barrels, a vital role as the barrels contained food and their only supplies of fresh water. Both Standish and Alden were to play a part in the Mullins story.

On the 21st of February 1621, William Mullins died and was soon followed his wife, son, and manservant. Only his teenaged daughter, Priscilla, survived.

In 1858 a descendent of Priscilla Mullins, the poet Henry Wadsworth Longfellow, wrote a long poem purporting to tell the tale of the courtship and marriage of the young woman from Dorking.

Priscilla was the only unmarried woman of child-bearing age in the colony in early 1621.

Longfellow presents Priscilla in 1621 as a lively and self-possessed young woman whom the mercenary Miles Standish, not long-widowed, wished to marry. Priscilla, however, much preferred the young cooper, John Alden. As Longfellow tells it, John was sent to request Priscilla’s hand in marriage on behalf of his master; when he did so, Priscilla asked him why he does not ask on his own behalf – which he did and she consented to the marriage. 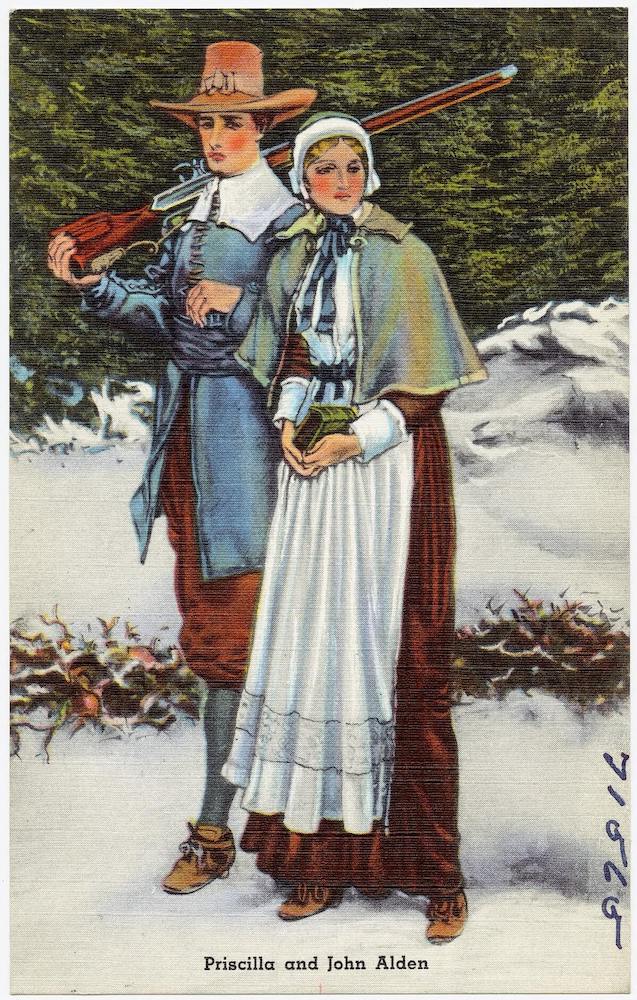 John Alden and Priscilla married and they are thought to have been the colony’s third marriage. A young, healthy couple, John and Priscilla and the children they would go on to produce were vital to the long-term viability of the colony and later, the town of Duxbury, Massachusetts, where they brought up their children. Their first child, Elizabeth, was born in 1623. She is thought to have been the first European child to be born in what became known as New England. She was followed by nine siblings.

150 years after the arrival of the Mayflower, when the peoples of the original 13 colonies declared independence from Britain, one of John and Priscilla’s descendants was amongst those who framed that declaration.

Founding Father John Adams (1735-1826) was the great great grandson of the girl from Dorking. In 1797 he became the second president of the United States. His son John Quincy Adams (1767-1848) was the nation’s sixth president.

John and Priscilla’s children and grandchildren eventually moved to a bigger house, very close to their original home, in about 1700; members of the family lived there until 1896. This house is now a National Historic Landmark and open to the public as a museum managed by the Alden Kindred of America. John and Priscilla had at least 71 grandchildren.

Of all the Mayflower families, the Mullins/Aldens are thought to have the greatest number of descendants living today.

This content is an edited version of Kathy Atherton's Mullins Historical text.