The Award is the highest national honour of its type, awarded to exceptional groups of volunteers across the UK who regularly contribute their own time to enhance and improve the lives of others, and whose level of initiative and impact are truly outstanding.  The Award was announced on 2nd June, the anniversary of The Queen’s Coronation, and at the short ceremony the Lord-Lieutenant presented Museum Chairman Kathy Atherton with the magnificent glass award and a citation personally signed by The Queen.

“It’s the power of QAVS that I was informed all about what you do,” he said, “and it really is quite staggering.  It’s not just the Museum, you do so much more in the town and outside.  That is so important not just for today and tomorrow but for the future.  What you do because you’ve been supported is really quite staggering.  There’s a huge amount of hours that you put in and it’s your mission and your energy to keep this remarkable place going both for now and the future and I do thank you for that.”

Kathy Atherton thanked the Lord-Lieutenant and reflected on what had been achieved in the past ten years.  “Our vision has always been that the Museum cannot be just a box of stuff.  It has to be a community hub bringing benefits to the people of Mole Valley and further afield.  And it has to be about engagement and interaction.  The last year and a half has been very difficult for everyone. But it is a mark of the team’s community service ethos that even when forced to close we were still able to offer services to our users and to support our community.  This award means a huge amount to a lot of people. The skills and dedication of each of them has made this museum what it is.  Please keep supporting us; we still have plenty more that we want to achieve.” 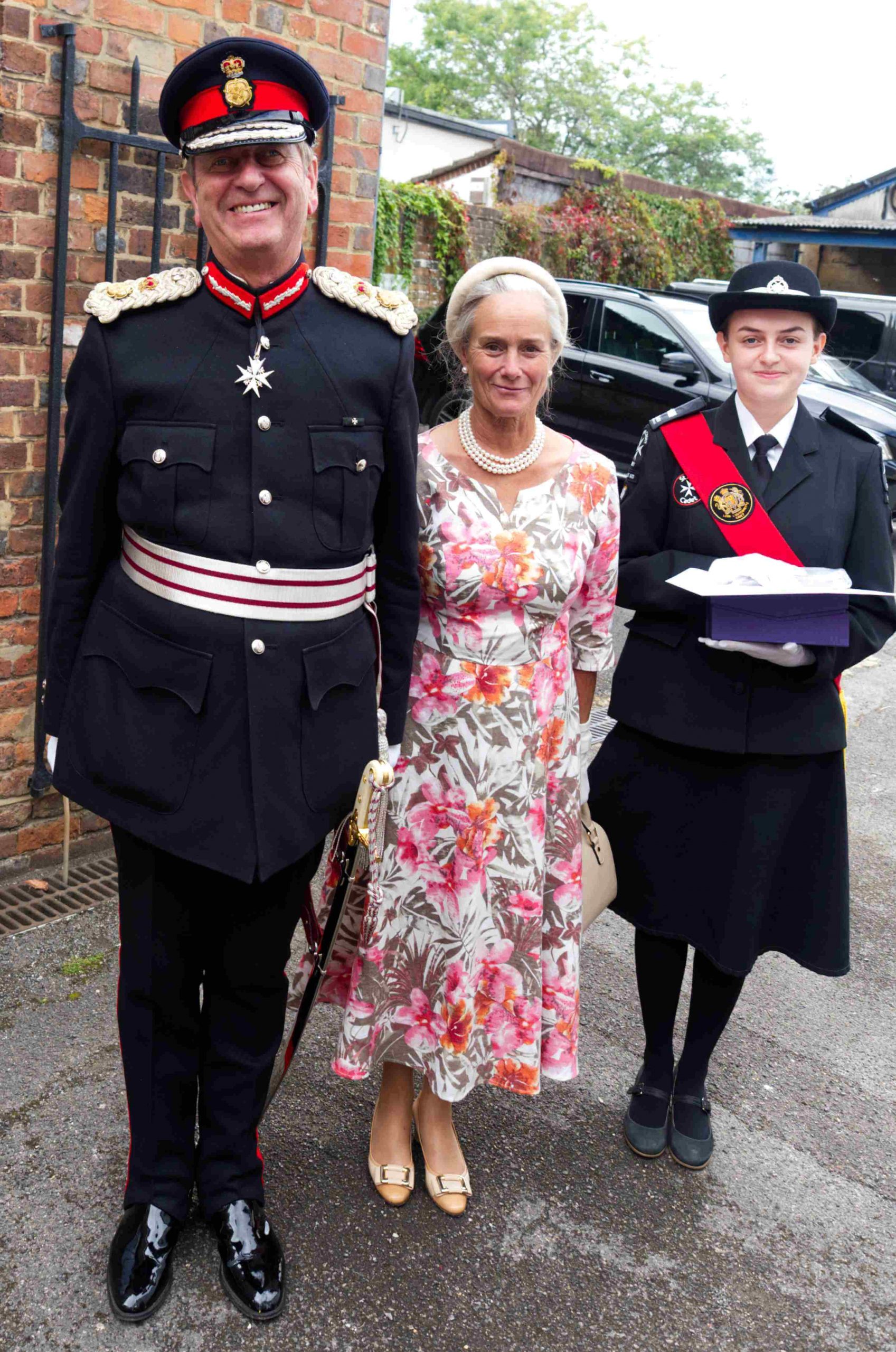 The presentation was also attended by the Deputy Lieutenant, Roshan Bailey, the leaders of Surrey County Council, Helyn Clack, and Mole Valley District Council, Stephen Cooksey, Councillor Margaret Cooksey, and President of the Dorking Society Sir Adrian White, as well as Chris Panting, headmaster of The Ashcombe School, one of the supporters of the nomination.

The day also saw the opening of the Museum’s new exhibition, ‘Darking 1620’, which weaves the story of the six pilgrims from Dorking who undertook the perilous voyage to the New World on the Mayflower with an examination of 17th century life in the town they left behind.  The Museum team was pleased to welcome some of those who had worked so hard on the exhibits, notably volunteers Jackie Rance and Penny Tomkins, who made reproduced costumes of the time, local saddler Julia Forsyth, who produced replica footwear, shoemakers’ tools and materials, and the team from Dorking Men’s Shed, who constructed a carefully researched cross section model of the Mayflower and its contents.


YOU ARE HERE: Blog / Lord-Lieutenant presents prestigious award to the Dorking Museum team